Over 100 professionals working in large companies and SME’s in the IT, Business and Technology sectors took part in the survey, conducted by Opinions.ie

More than half of businesses say they plan to use AI in the next five years, while 82 percent said they see the development of standards in AI as ‘important’ to their business.

The figures come as an International Plenary meeting to advance and develop standards in AI gets underway in Dublin. The meeting is being hosted by the NSAI in collaboration with Trinity College Dublin’s ADAPT Centre, an SFI Research Centre.

This is the 3rd Plenary meeting of the International Standardisation Committee and will be the first to take place in Europe. More than 150 experts from 22 different countries representing leading technology companies such as Microsoft, IBM, Google, Huawei, and Fujitsu will attend the five-day event from April 8th to 12th.

Delegates will be involved in formulating standards policy in the areas of foundational AI standards, Big Data, AI trustworthiness, use cases, applications, computational approaches of AI, and ethical and societal concerns. They will also develop standards to help adopters, users and other stakeholders to establish trust and governance in AI systems.

To ensure that the innovation and productivity arising from applying AI to our increasingly digitised world, AI must advance in a way that builds user trust and is accountable and acceptable to society. The meeting will play a key role in developing the standards and regulations businesses and organisations will adopt in the years ahead.

Professor Dave Lewis of the ADAPT Centre, an expert in the ethical development of Artificial Intelligence systems, said:

“By working to standardise AI we are enabling more reliable, consistent and efficient assessment methods and tools for users, purchasers and future regulators of AI.  Government and international bodies around the world are highlighting these as critical factors in building trustworthy AI.  Being involved in international AI standards will strongly position Irish researchers and companies to exploit new commercial opportunities that arise from its adoption."

“This represents a major opportunity for NSAI and the ADAPT centre to demonstrate Ireland’s vast experience in this area and showcase Ireland as ‘Island AI’.  Governments and regulators around the world will reference and rely on these standards in future to help develop better regulation” said Minister Breen.

“Ireland is playing a central role in the development of future AI standards. It is my hope that much of the standards policy developed this week, will be adopted by industry and society for many years to come."

The first ISO/IEC meeting in Dublin on artificial intelligence will be chaired by Wael Diab, Vice President of Huawei.  Dr David Filip from the ADAPT centre will be the convenor of the meeting, and Barry Smith from NSAI will provide the secretariat role. 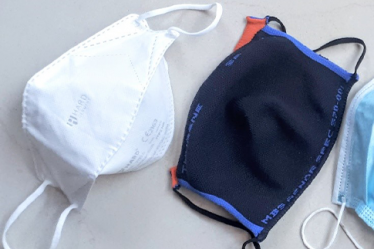 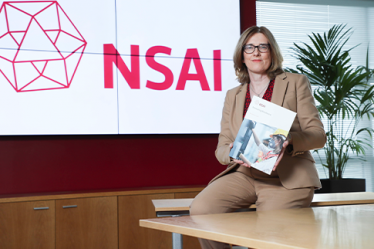